Who else should be at the forefront of the company than a true warrior. CEO of eWay-CRM devotes his free time to jujutsu. How he got to it, how it inspired him in his personal and professional life, what he achieved and many more to be revealed in the following interview.

How did you start with jujutsu? When and how did you get to it?

My beginnings date back to my childhood. Movies with Van Damm, Seagal, but also with Schwarzenegger and others. At that time, I wanted to be a great warrior. So, at the age of ten I persuaded my dad to take me to a karate class. I come from a small village, so I used commute to the town. However, they closed the karate school after about a year. I had to wait to go to university where we could choose the sport we were interested in, and there I came across jujutsu.

Was there any reason why you chose jujutsu over other martial arts?

No, we had the choice of jujutsu or aikido, so I chose jujutsu without knowing what it is about. At first, it did not appeal to me because of the way it was taught. Despite this, I felt like I'd fallen in love with martial arts right here. So I started doing kung fu. But after a year I was no longer interested, so I gave a second chance to jujutsu. I found a real school where I went twice a week.

You mentioned some of the film characters connected to martial arts. Would you find any role model in the business world?

The current world of business is too much PR controlled, and I think it is very difficult to find role models in it. It's a game that we have to play, but I‘d rather find inspiration in humble people who work hard, have vision, and follow it.

Certainly, the disciple of jujutsu must be hardworking too. How much time do you think a newcomer needs to devote to jujutsu to be able to defend themselves?

It's a paradox, the longer you study, the more you figure out how much the application of any martial style is influenced by factors you cannot control. It depends on whether the attacker is alone, if they also do any martial style, and if they surprise you. Newcomers often think that once they learn 3 techniques, they can defend themselves. Self-confidence usually grows in the first phase of study, but then it breaks down for most people and that is when natural humility comes.

Do you think jujutsu is a more effective self-defense technique than other martial arts?

If practiced correctly, yes. Although there are competitions, especially in Brazilian jiu-jitsu, the original jujutsu is not a sport. It is a complex combat system that served samurais in fights. In jujutsu you use all parts of your body, throws, levers, kicks, you fight on the ground and above it. Other styles, which are also sports, have their rules and will not prepare you for real-life situations where everything is possible. That's why I think it's the most effective way of fighting that human kind knows.

Is it possible to briefly explain the difference between the original jujutsu and the Brazilian one?

I cannot do it briefly, but I will try to simplify it, even though I know a lot of people might disagree with that sort of simplification. Brazilian jiu-jitsu is a sport in which they allow and forbid some techniques, they also allow and forbid weight and performance categories of fighters who do not fight with each other. The original Japanese jujutsu was intended for a weaponless fight of samurais - soldiers. It was a military style that was used for killing. However, in many schools its present form has shifted more towards the martial art, which unfortunately is also far from applicability in practice. Today, none of the approaches is close to self-defense which was the original purpose of jujutsu.

According to the principles, jujutsu leads to full utilization of physical and spiritual energy when carrying out the intended purpose. You are very energetic at work. Has jujutsu something to do with it?

I think it's more about a personality than a jujutsu. But yes, the essence of jujutsu claims that if you choose a hit or technique, you put your whole being into it. Not only your muscles, but also your mind. And you don't stop even if your opponent makes a counter-strike. Many people get scared when they see that the opponent is stronger. They fail to complete the technique. But the principles of jujutsu teach you to follow your own way. Of course, it can be applied in other areas of life too.

You have just hinted that jujutsu inspires you in ways that you can apply in your business?

Yes, first of all, it's the drive, and then I encounter the requirement to teach others. Therefore, I can see whether I actually understand individual techniques and principles. Because by teaching others, you test yourself. I found that the system of learning jujutsu is very close to teaching our employees and customers. So the jujutsu teaching system has helped me to realize a lot. For example the difference how to teach new and experienced users.

Is jujutsu the best form of relaxation after work?

When I teach, it is not relaxation at all, because I have to get ready for the lesson. But if I have the chance to exercise on my own I just enjoy the movement and the techniques. That is a great pleasure. Especially when we do something I'm good at. Because there are techniques that don't work for me and I still have to work on them. There is still room for improvement.

I didn't even know you teach.

I have a second dan, which is a term for the second master level. The first black belt represents the first dan, in a few years you can get the second, and so it goes on to the tenth dan. Usually the founder of the school has the tenth dan. They have a soke title in Japanese. And between me and soke there is a number of levels where most people stop doing it at some point. So I have the second dan and with that I was awarded the sensei degree, which in my school technically entitles me to teach classes officially.

You could say that you are a sensei of eWay-CRM.

That's right. I told my wife at home to call me sensei. It didn't work. (laughs) 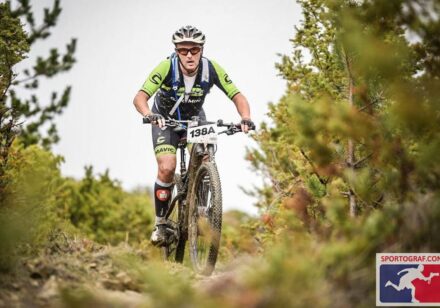