Do you like eWay-Podcasts or eWay-CRM tutorial videos? Then you may have noticed that the voice that speaks to you recently belongs to our director Jan Lalinsky. The developer Jan Spilka is also involved in the audio. He takes care of post-production. If you're wondering how a developer can get to work with audio or how to edit a podcast properly, the following interview can inspire you.

In the last interview from 2018, you introduced yourself and explained how you work on eWay-CRM for Outlook. How has the application changed since?

Lots of new features have been added and we've done some optimizations.

In addition to the current mobile application and the Outlook application, eWay-CRM also has a web app. Is collaboration with colleagues working on other versions challenging?

Not at all, it's going well. The system must work the same on all platforms. That is why communication is important. When I work on some innovation, I tell my colleagues when I make larger interventions, and they check or implement what is needed in their applications. 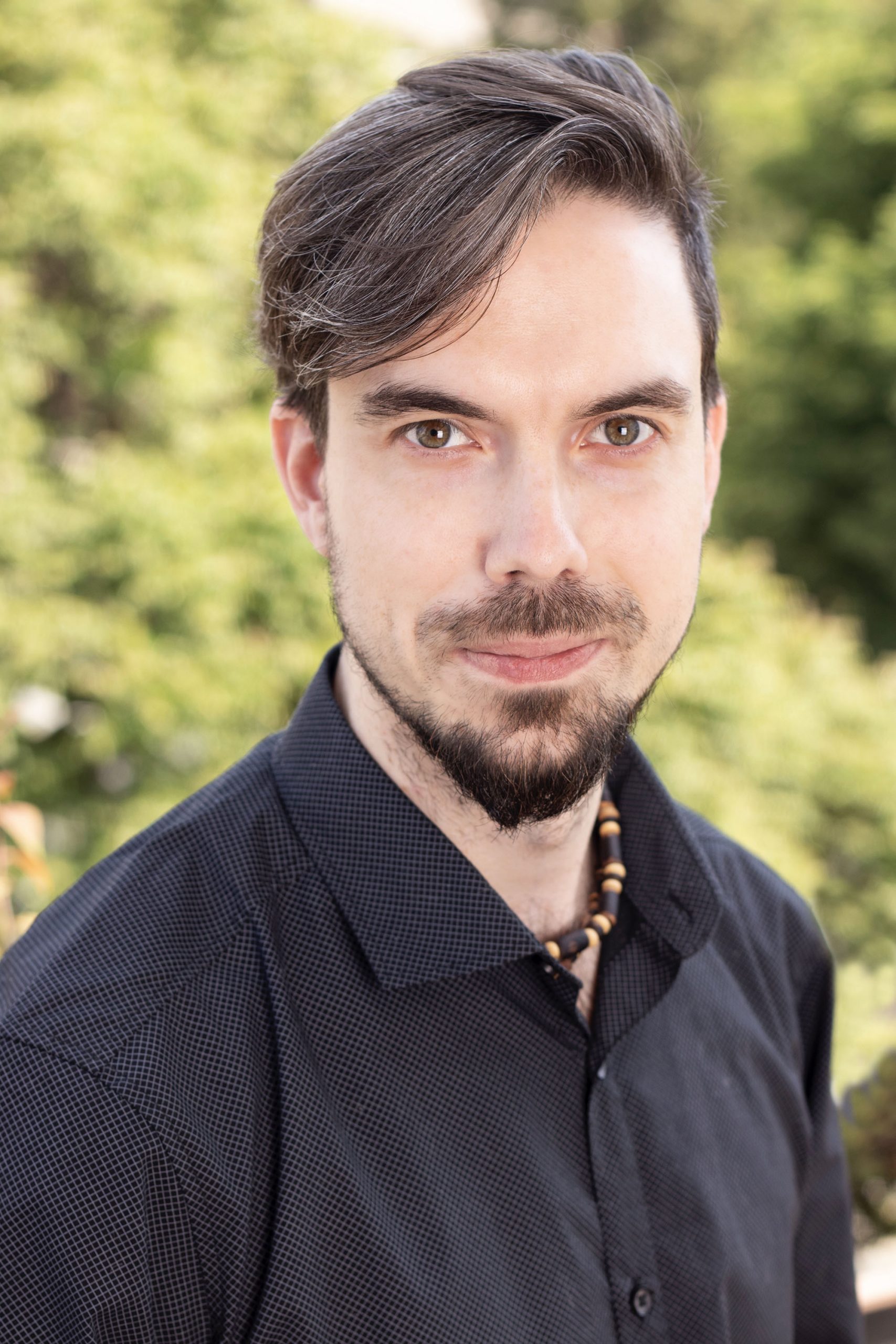 What do you consider to be your biggest success in the development of eWay-CRM lately?

Hard to say. Each new major feature is super progress and always makes you happy. Currently, for example, we have managed to do a new user-friendly import of data from Excel to eWay-CRM, which will appear in the next version.

In addition to development, you also do sound post-production in eWay-CRM. How did you get to it?

Our director Jan Lalinský started recording tutorials and podcasts, and since I already have some experience, I helped him from the beginning. In the beginning, I mainly removed noise and echo from the recordings, which was practically done after we bought better equipment. Then I also remove and add some frequencies so that the recording sounds natural.

And do you give Jan some advice on how to record?

Yes, we tried to find the so-called sweet spot. In other words, to find the ideal ratio between when the smallest possible echo returns, but at the same time the pop filter still manages to absorb letters of the type "p" and so on so that the sound is not excited at that moment in comparison to other vowels and consonants.

Before you played the guitar in a band. Were you in charge of post-production?

Yes, I took over then because I had the most experience. I started recording interesting ideas when I was practicing the guitar, and I tried to make the recording sound as good as possible. Thanks to that, I already had some experience. Then we bought microphones for drums, vocals, guitar recordings, etc., we started recording, and I started mixing the recordings. I started learning how to mix several instruments. I found out what to look out for when mixing individual soundtracks of drums. So, the first was a mix, then came the effects. I tried to clean the recordings of individual microphones so that, for example, cymbals could not be heard on the microphone that picks up the sound of the kick drums. That means I worked with compressors, gates, and so on.

Post-production of podcasts shouldn’t be a problem for you.

It's another thing. When you need to harmonize singing with the rest of the band, you don't have to focus so much on the fact that there might be some noise. That will get lost in it. Plus, you usually add echo. In podcasts, we needed to remove the echo.

How do you manage that?

I use a special plugin, DeVerberate.

Then you probably still need to eliminate the breathing and so on, right?

Sure, I'm using the gate for that. But you need to be careful because the speech is not always completely balanced. That's why I still use a compressor to make the speech sound more balanced and eliminate big differences in volume.

What software do you use?

I used Reaper to record the band. A lot of people use Cubase but I was not so happy with it. In the very beginning, I used Cool Edit Pro to record one track, which later became Adobe Audition, which works well. You can definitely learn how to work with it faster. That's why we chose Audition to record podcasts and videos. In addition, we already have licenses for other Adobe products, which probably also played a role.

And hardware? Did you recommend any to Jan?

Based on my experience, I recommended some brands and technical parameters rather than specific products. There are a lot of products on the market and I haven’t tried all of them.

But I suppose you prefer some brands of mics, don’t you?

I was very surprised by Studio Projects mics. It's not a well-known brand but their mics are quite cheap and at the same time really good quality. I'm happy with them. Otherwise, I would recommend classics like Shure SM57 or Shure BETA 58A. These are my favorite dynamic microphones.

In the last interview, you were a father of one, now two children. How big is the change for a programmer and a musician? Do you have time to play, for example?

It might sound like a paradox but about a week ago I just dusted off my guitar. When there are two children, it's better because they play together. And when you take a guitar, they don't notice it right away and don't take it from me. So yes, sometimes I get to play. Otherwise, it's great to see how different the children are.

Yes, they are often right next to me. So far, the younger one has mainly listened. The older one proactively tried to pick up my guitar and play something herself. And the younger one looks at the older one, so she's already taking the instruments from me. (laughing)

What about PC games? Do you play sometimes?

Yes, Kingdom Come, we discuss it a lot with one of my colleagues.

You have time for that…

You find the time. It depends on whether you prefer to sleep or play instead. Either the guitar or PC.

You are known for coming to work first. Is it because the kids won't let you sleep or would you get up early anyway?

No, the kids sleep long after I leave. I come first to be home again soon. I try to help my wife so that she can relax in some way, and I want to spend more time with the children.

When you get up so early then you drink a lot of coffee in the morning, right?

Recently, our developers have been playing a sort of a game where those who go to make coffee look at what time it is, then look at Wikipedia, what happened that year, and go to celebrate it with a cup of coffee. Who actually came up with that?

You must have improved your knowledge of history, Mustn’t you?

Sure. We have already some dates selected around the times when we go for coffee. Whether it is Columbus and 1492 or 1536 and Anne Boleyn. (laughing)