False or distorted messages change the world every day. Mostly, these messages affect the sphere of politics and public opinion, but marketing abuse of fake news is also a common practice. How often do we encounter lies? And how can we reveal them?

The issue of fake news is a global phenomenon. According to the latest Ipsos survey, at least 86% of people worldwide believed fake news at least once. The most common sources of fake news include Facebook, websites and YouTube. Most often, fake news is used as a tool for manipulating public opinion and political discourse.

According to BBC, there are two kinds of fake news:

How can you spot real and fake news?

Good journalism should evoke feelings, while shoddy journalism exploits fear and sensation. And the boundary is sometimes very fragile. So how can we recognize fake news from real messages? There are a few basic guidelines which help ordinary users discover many fake messages quickly. All you have to do is ask yourself following questions.

The majority of important news is published by many different servers. If you cannot verify the information from a source you trust, there is a big chance that it is fake news.

Both the server on which the report was published and the one on which you verify the message should inspire your confidence. In other words, you should know them and trust them.

Of course, it is not possible to know all news servers in the world, and especially on social networks. Users read many messages coming from unknown sources. You do not have to reject unknown sources straight away. However, if, for example, the design of a website clearly imitates a leading news server or it is located on a domain other than the commonly used '.com' or '.co.uk', then it is most probably a disinformation website.

Even if you do not reverse the authenticity of a message based on the questions mentioned above, this does not mean that the message is not fake news. There are several signals that can reveal false or manipulative content. For example, a quote does not always need to demonstrate the truth of the entire message. You can verify if the quote was deliberately removed from context. The author of the article may use part of the original statement to promote manipulative content that is not consistent with the original idea of the person cited.

If a photo is crucial to the message, you can download the picture and copy it into Google image search. You might find the original source and discover that the photo was initially used in another context and is not relevant at all.

Recently, there are many so-called deepfakes videos that can change faces.  "I expect that here in the United States we will start to see this content in the upcoming midterms and national election two years from now," said Hany Farid, a digital forensics expert at Dartmouth College in Hanover, New Hampshire. According to the Guardian, deepfakes videos are of poor-quality, and deepfake faces don't blink normally. In any case, there are loads of fake news indicators, and over time, as disinformation servers and their strategies evolve their number and sophistication increases. 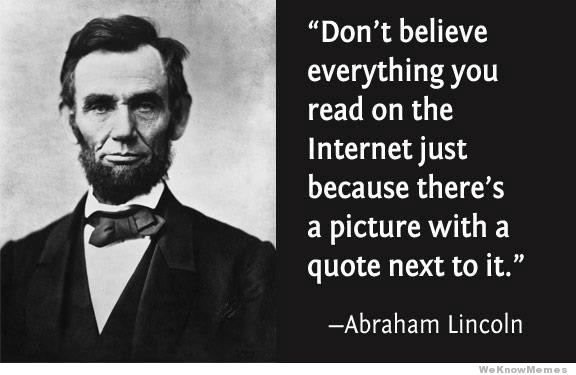 Does fact checking sound like a lot of work to you? If you want to make it easier to detect nonsense or manipulative news, there are other tools, websites, and informational materials in addition to image searching on Google.

Let's look at tools that can really help you verify content quickly. The first is the Fake News Detector application, where users can rate content, and with browser extensions, you can see the article might contain some misinformation when it is labeled Fake news. The second interesting tool is offered by the Snopes server. It verifies the facts about the searched topics for you in the Fact check section.

Beware of disinformation in advertising campaigns

When it comes to numbers, fake news may seem to be an exciting advertising option, but it is too risky for most brands. Users hate fake news, and when they discover them, they might even delete their social media accounts.

In 2017, the Ohio Pork Council announced the bacon shortage. This report had an immediate short-term effect in the form of increased sales. However, in the long-term perspective, it may be a problem if customers identify alarmist untrue messages with a specific brand.

This risk should be seen by both marketers who directly manage their own brand advertising campaigns and by small businesses whose owners often work with advertising agencies and give them a free hand when it comes to the promotion of the brand. Moreover, the seemingly attractive price of advertising space on a disinformation website is generally increased by insufficient targeting of a specific customer group. Smaller businesses with limited budget tend to pay more attention to interest websites that provide smaller but better traffic.

So why should you risk your own brand image? But if you want to reach a broad audience with a minimal budget, consider a well-prepared guerilla marketing campaign. However, you should bear in mind that the viral effect may be unpredictable. A dishonest approach often comes back like a boomerang. 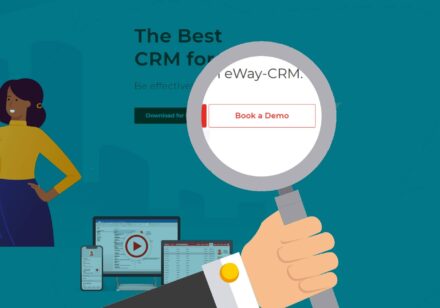 Booking a Demo With Our Consultants Is Easier Than Ever

Do you want to book an online consultation with our consultants or customer support? Use… 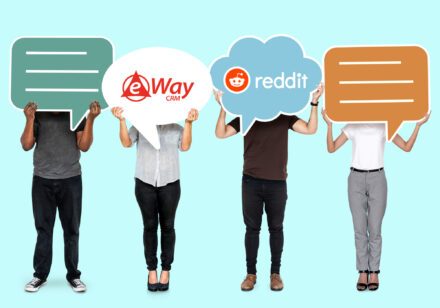 Do you have a specific user question related to eWay-CRM? Join the eWay community on…